A Trip to the Vet 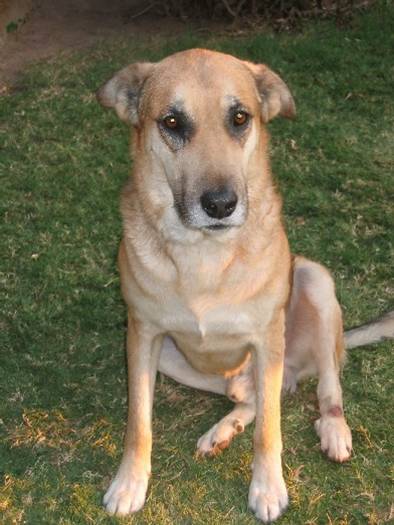 Several years ago while in an African country a friend needed to take her sick dog to the vet. This sounds like a simple task. However, it seems that the vet was a 6 hour drive away. This meant at least a two nights stay. My friend needed someone to ride with her as the roads were not always safe for one person. I volunteered to accompany her on this journey. We planned to drive down one day and leave her dog at the vet, day two we would sit on the beach and eat ice cream, on the third day we would collect her dog and drive home.

Well, that is not exactly what happened. We drove the 6 hours to town and dropped the dog off at the vet’s office. We were on our way to where we would sleep the two nights and decided to fill the gas tank first. When we were ready to proceed we found the clutch had a BIG problem., and didn’t even know if it would get us to where we wanted to go. We drove to the guest house…very carefully, afraid the clutch would stop working at any time. We limped our way to where we were to stay very carefully. We called back to our home area and the mechanic we knew from another mission. Eventually he answered and told us we would need to get the clutch looked at and it just happened he was in town as well and we could meet up with him the following day.

The second day was something I had never encountered before. The electricity in town was out and so NO traffic lights were working. Traffic was backed up all over we had an unreliable clutch in this stop and go traffic. Finally we got to the mission office, only to find that we needed to get to a mechanic (who our friend knew) and get the problem fixed before we could go home. We followed our friend through this traffic jam and arrived at the mechanic shop. It was a lot filled with cars surrounded by a wall. There was no room for our car inside the wall and the only place to sit was on a thin, hard, unstable wooden bench or in the hot car. We ended up spending ALL day taking turns sitting in the shade on the bench until our bottoms hurt too much and sitting in the very hot car. We only had one meal bar and 16 oz of water between us. We shared and wondered why we weren’t on the beach eating ice cream.

After many hours in the hot sun we heard the tinkle of a bell and saw an ice cream ‘truck’. We looked at each other, smiled and each purchased two ice cream bars. God provided companionship, a mechanic who was also in town, a place where we were able to get help (although it took two trips to the parts store and hours), a car or a bench in/on which to sit with a tree overhead for us to sit under and ice cream. It was certainly not the day we had planned….BUT GOD. 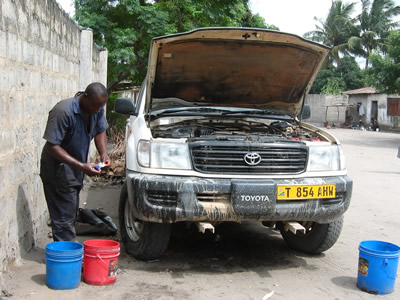 Designed by RocketTheme
Member Login
Back to Top